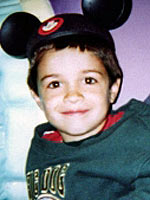 Brandon Zucker was 4 years old when he tumbled out of a vehicle on the Roger Rabbit ride at Disneyland in 2000. The details are gruesome; it’s enough to say that Brandon’s little body was cramped into a position that didn’t allow him to breathe for several minutes, along with other injuries. He was left severely brain-damaged, unable to speak, walk or interact in meaningful ways, according to the Los Angeles Times.

Brandon’s injury was a sample of how the old Disneyland handled accidents. There were delays calling for emergency help — 5 minutes of delay in a case in which time was crucial. The amusement park changed its policies afterward so that employees would call 911 directly instead of going through a central Disneyland office.

Has much changed since that awful accident?  Well for one thing Cal/OSHA now has an amusement park division that keeps a close eye on Disneyland and other California amusement parks.

But Disney got busted again this year for fall protection issues on Space Mountain, after a contractor was badly injured in a fall.

When I worked in safety at Disneyland the Safety Director at the Anaheim resort, who is still there, admitted that there were fall protection issues at the Small World attraction.

Disney also denied high lead levels in brass surfaces but I personally escorted one of their engineers as he took readings at the Disneyland Hotels, and sure enough we found quite a few “hot surfaces.”