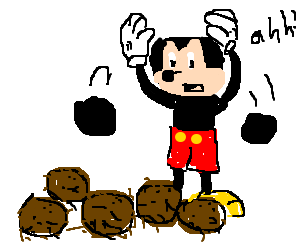 Anaheim Fire & Rescue responded to reports of a Mass Casualty HazMat incident at Disneyland just before 9:00 p.m. on Friday night. Initial reports were that someone threw human feces on as many as 40 guests who were standing in the hub on Main Street.

Once APD and AF&R personnel were on scene, it was quickly determined the guests had actually been the victims of a flock of geese which flew overhead. A total of 17 people, 11 adults and 6 juveniles were impacted.

They were taken to an area where they could clean up and were provided clean clothing. There were no injuries and nobody was transported to a hospital.

Any further inquiries regarding the event should be directed to Disney Media Relations, not APD or AF&R.